Hawaii's clean energy systems is a delicate balance of power, literally and figuratively.

Literally, each second of each day, Hawaii's electric utilities must carefully manage the supply of electrons coming from many different sources to provide safe, affordable and reliable electricity to match their customer's usage to balance the grid to avoid brownouts or blackouts.

Figuratively, there is a carefully crafted balance of power between the executive, legislative and 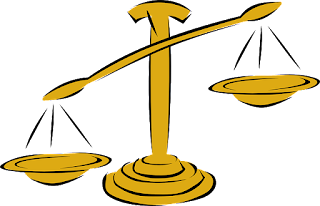 judicial branches of government in the Hawaii State Constitution.  A decision by Judge Edwin Nacino, outlined in a August 26 minute order and a subsequent September 19 judgment, which ruled in favor of placing Thomas Gorack on the Hawaii Public Utilities Commission and dismissed all other counts throws this balance of power off-kilter.  Seemingly, the judgement places a finger on one side of the scale leaving more questions than answers as the ruling was contrary to well settled principles, previous attorney general opinions and the legal definition of "vacancy."


. . . the Court accepts defendants' arguments which included that a vacancy occurred upon the expiration of Mr. Champley's term of office.  Thus, the Court finds Governor Ige's interim appointment of Mr. Gorack when the Senate was not in session to be valid and subject to all other limitations found in Article V, Section 6, paragraph 5 of the Hawaii Constitution.

There is no disagreement on the Governor's constitutionally given power to make an interim appointment when there is a vacancy and the Senate is not in session, however, a change in the legal definition of what constitutes a vacancy may now open the door to an abuse of power if the Governor shirks his or her responsibility to timely submit future nominations of public utility commissioners or for other boards and commissions to avoid the Senate's constitutional given right to give its advice and consent before an appointment is made.

This whole case turns on the plain language of one word - vacancy.  My attorney, the former Attorney General, Mark Bennett, and I continue to contend that, despite the fact that Commissioner Michael Champley's term had expired, the office did not become vacant because (1) the constitution grants the Legislature the power to make laws governing terms and removal of members of boards and commissions not specifically address in the Hawaii constitution, (2) the Legislature, wanting to avoid a vacancy, did pass a law stating that the incumbent Commissioner shall serve (beyond the expiration of his/her term) until his/her successor is appointed and qualified and (3) the phase "appointed and qualified" includes the requirement for the Senate to give its advice and consent on a nominee and, until Senate confirmation, the holdover Commissioner remains as the officer de jure, a person who is legally entitled to remain in that position even though the term had expired.

Although the legislative intent of past constitutional conventions and previous attorney general opinions were presented and argued in the Senate's amicus curiae and plaintiff's filings, the Judge's ruling did not offer a deep dive into nor did it make any kind of determination on the constitutionality of the holdover provision in State law nor did it question the power given to the Legislature to define the terms and removal members of boards and commission for positions not specifically addressed in the constitution but delegated to the Legislature.

Conversely, using Governor Ige's arguments in this lawsuit and now with Judge Nacino's ruling, the Governor office can abuse its power and can now easily avoid the responsibility of making timely nominations during the regular legislative session thereby avoiding the Senate's right to advice and consent and replace people on boards and commissions on July 1 (terms usually end on June 30), allowing his candidate sit without scrutiny until the following legislative session.

We all should be concerned about this unchecked power which Judge Nacino's ruling gave to Governor Ige as it affects other boards and commissions too.  But more so and ironically, the Public Utilities Commission's unique authority, which includes administrative, quasi-judicial and policy responsibilities, is conveyed to it by Legislative action and approval.  As an agency that must be independent, the PUC should be viewed as an extension of the Legislature, not a department under the Executive branch.  This is the primary reason why the Senate's advice and consent regarding Public Utility Commissioners is important with a requirement in law that a PUC commissioner to holdover until his or her successor is confirmed by the Senate.


Posted by Energy Dynamics at 9:19 AM